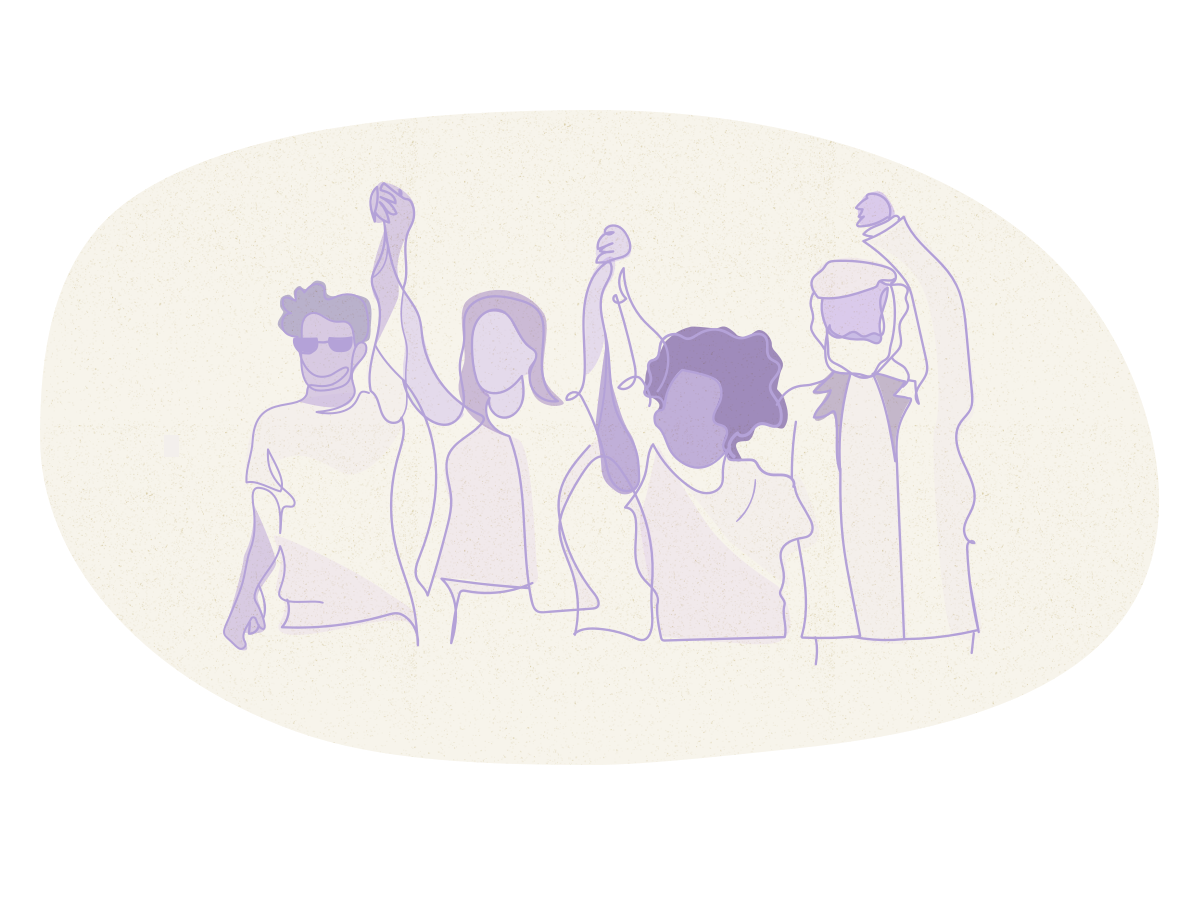 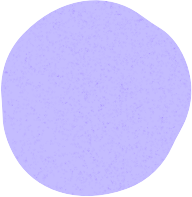 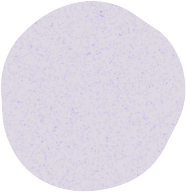 The time is now.

Let’s use our collective power to build a stronger democracy that serves all of us.

39% of Americans say they do not get involved because they do not believe it will make a difference.

49% of young Americans say they do not know enough about the issues to get involved in social causes or campaigns.
‍
Source

Since 2010, Congress has approved only three budget resolutions, and there was no budget considered for fiscal years 2019 and 2020.
‍

Political polarization continues across issues of health, climate change and more, with majorities of voters saying the “other” candidate’s victory would mean lasting harm to the U.S
‍
‍Source

of Americans say it is “absolutely important” to live in a democracy, but ‍

said it is getting weaker
‍

A substantial majority of Americans say it is “absolutely important” to live in a democracy.

More than 66% of eligible voters cast ballots in 2020, marking the highest voter turnout since 1900.

84% of Americans believe trust in government can be improved, and 86% believe it is possible to improve trust in each other.
‍
‍Source

84% of Americans believe trust in government can be improved. 86% believe it is possible to improve trust in each other.
‍Source

More than 66% of eligible voters cast ballots in 2020, marking the highest voter turnout since 1900.
‍Source
‍

Political polarization continues across issues of health, climate change and more, with majorities of voters saying the “other” candidate’s victory would mean lasting harm to the US.
‍Source

Since 2010, Congress has approved only three budget resolutions, and there was no budget considered for fiscal years 2019 and 2020.
‍Source

A substantial majority say it is “absolutely important” to live in a democracy, but 55% agreed that American democracy is weak, and 68% said it is getting weaker.
Source

49% of young Americans say they do not know enough about the issues to get involved in social causes or campaigns. Source
‍

In 2020, 65% of voters fear for the country, however 56% of them remain hopeful about the state of the US.
‍Source

56% of voting-age Americans cast ballots in the 2016 presidential election, trailing most other developed democracies.
‍Source

Here are key steps to participating. Contact us to learn more.

March – June 2021
‍Before registering, complete our Organizational Readiness Tool to help determine eligibility and to ensure that your solution is a strong fit for the Stronger Democracy Award.

June 22, 2021
‍After assessing your fit through the Organizational Readiness Tool, you must register for the Stronger Democracy Award by Tuesday, June 22, 2021 at 5:00 PM Pacific.

July 22, 2021
‍Once you’ve registered for the Stronger Democracy Award, complete and submit your application no later than Thursday, July 22, 2021 at 5:00 PM Pacific.

January 2022
Informed by Evaluation Panel results, we review top-scoring submissions to select up to five Finalists who strengthen their proposals for an opportunity to receive the Stronger Democracy Award.

Aimee Allison is founder and president of She the People, a national network elevating the voice and power of women of color. She brings together voters, organizers, and elected leaders in a movement grounded in values of love, justice, belonging, and democracy. In 2018, Ms. Allison was one of the primary architects of the “year of women of color in politics.”

In April 2019, she convened the first presidential forum for women of color, reaching a quarter of the American population. A democratic innovator and visionary, Ms. Allison leads national efforts to build inclusive, multiracial coalitions led by women of color. She leverages media, research and analysis to increase voter engagement and advocate for racial, economic and gender justice.

Her writing has appeared in the New York Times, The Hill, Essence, Teen Vogue and Newsweek. In the early 1990’s, Ms. Allison earned a rare honorable discharge from the U.S. Army as a conscientious objector and works today to support courageous, moral leadership.

Aimee Allison holds a B.A. and M.A. from Stanford University. Author of Army of None, she has appeared in hundreds of outlets including MSNBC, CNN, the Washington Post, Associated Press and NPR.

She is building a political home for a million women of color, nationally and in battleground states. She was featured in Politico’s 2019 Powerlist.

Nila Bala is the Senior Staff Attorney, Policing Project at NYU Law. Previously, she was the Assistant Director of Criminal Justice Policy at R Street Institute where she lead R Street’s criminal justice policy to advance reforms in juvenile and economic justice.

Nila previously served as an assistant public defender in Baltimore, Maryland. In addition to handling more than 1,000 cases in her tenure, she also helped lead a bail reform project to address problems in the city’s money bail system. Earlier in her career, Nila clerked for Judge Keith P. Ellison of the U.S. District Court for the Southern District of Texas. She also was a recipient of the Yale Public Interest Law Fellow, and she assisted juveniles with sealing their records.

Nila received her bachelor’s degree in human biology from Stanford University, graduating with distinction. She completed her JD at Yale Law School.

Ester R. Fuchs is Professor of International and Public Affairs and Political Science and Director of the Urban and Social Policy Program at Columbia University’s School of International and Public Affairs. Fuchs is Director of Whosontheballot.org, an online voter education and engagement initiative. She is also a member of Columbia’s Just Societies Task Force, the Earth Institute, the Data Science Institute and its Smart Cities Center. She currently serves on the boards of the Fund for the City of New York and the Citizens Union.

Fuchs academic research is in urban politics and policy, American elections and civic engagement, smart cities and urban environmental sustainability policy. Fuchs served as Special Advisor to the Mayor for Governance and Strategic Planning under New York City Mayor Michael Bloomberg from 2001 to 2005. She was the first woman to chair a NYC Charter Revision Commission in 2005. Fuchs advises non-profits, businesses and political campaigns and is a frequent political commentator. Fuchs received a BA from Queens College, CUNY; an MA from Brown University and PhD in Political Science from the University of Chicago.

Joe Goldman is the President of the Democracy Fund, an independent foundation that champions the leaders who defend American democracy and challenge our political system to be more open and just.

Joe incubated Democracy Fund for three years inside Pierre and Pam Omidyar’s philanthropic investment firm – Omidyar Network – where he was an Investment Director. He then launched Democracy Fund as a private foundation in 2014, along-side Democracy Fund Voice, a sister 501c4 organization for which he also serves as president. Since its inception, Democracy Fund has invested more than $150 million to support organizations that are working to create a more vibrant and diverse public square, free and fair elections, effective and accountable government, and a just and inclusive society.

Lee-Sean Huang is a Taiwanese American designer, educator, and podcaster based in New York. He is the co-founder and creative director of Foossa, a community-centered design practice. Foossa's work focuses around social innovation, service design, design thinking, and futurecasting. Lee-Sean has taught courses in design, innovation, and storytelling at New York University, the Parsons School of Design, and the School of Visual Arts. He previously taught at Cornell Tech and the College of Staten Island. He hosts the Design Future Now podcast, which is produced by AIGA, the professional association for design. He also hosts and produces a food and culture podcast called Easy Cook Bear. Lee-Sean earned a bachelors in Government from Harvard and a masters in Interactive Telecommunications from NYU. He currently serves as a board member of the Japan Exchange and Teaching Program Alumni Association of New York (JETAANY).

Rev. Dr. F. Willis Johnson is a spiritual entrepreneur and executive with Bridge Alliance. Johnson is nationally respected for his leadership and strategies around social and racial justice issues. Recognized as a scholar-practitioner, author of Holding Up Your Corner: Talking About Race in Your Community, whose writing and lecturing credits range from TIME Magazine, USA Today, National Public Radio, commentaries and anthologies to the Smithsonian's National Museum of African American History Culture. Trained in education and nonprofit management, Johnson’s 20 years of professional experience informs his counsel to activists, practitioners, faith-base leaders and institutions as well as social and civic nonprofits. He is a Walker Leadership Institute Fellow and former Vosburgh Visiting Professor of Ministry and Social Engagement at Drew University’s Theological School. Johnson is senior minister of Living Tree Church and adjunct faculty at Methodist Theological School of Ohio.

Zeenat Rahman is the Executive Director of the Institute of Politics at the University of Chicago whose goal is to build the next generation of political and public service leaders. Prior to this role, she led the Inclusive America Project at the Aspen Institute where her work focused on how faith communities play a key role in fostering pluralism, building bridges across differences, and supporting a strong civil society and a vibrant democracy.

Zeenat previously served as a Presidential Political Appointee, as a Special Adviser to Secretaries Clinton and Kerry on Global Youth Issues at the U.S. Department of State on Global Youth Issues. In this position, she encouraged foreign governments to respond to youth issues through policy change, and created opportunities for young people to pursue their economic and civic aspirations. Prior to this appointment, she served as Director of the Center for Faith-Based and Neighborhood Partnerships at the United States Agency for International Development. In this role, she led external engagement efforts with various faith based and community organizations to build support for USAID priorities.

Zeenat is a board member of IREX, a global development and education organization that works in more than 100 countries on issues such as education, leadership, information, and youth. She is also a member of the Council on Foreign Relations, a Truman National Security Fellow, and a working group co-chair of the World Economic Forum’s Global Future Council on Systemic Inequalities and Social Cohesion. She received a master’s degree in Middle East studies from the University of Chicago, and a B.A. in psychology from the University of Illinois.

Philanthropists Cipora and Vlado Herman recognize the urgent need for change in our institutions and democratic processes. They have joined forces with Additional Ventures and ICONIQ Impact to bring about meaningful and lasting improvements to our political system and restore confidence in our democracy.

ICONIQ Impact is a global platform for collaborative philanthropy. Supported by ICONIQ Capital’s network of families, founders, and portfolio companies, we strive to break down silos in philanthropy and scale giving for social change. ICONIQ Impact’s goal is to guide philanthropic capital toward scalable models to have an outsized impact on the world’s most urgent problems.

Lever for Change, a nonprofit affiliate of the John D. and Catherine T. MacArthur Foundation, helps donors find and fund solutions to the world’s greatest challenges, ranging from racial and gender equity to economic development and climate change.

Amplify our impact and join us as a donor partner.

Contact us to learn more about how you can sponsor the Stronger Democracy Award and support the Finalists. 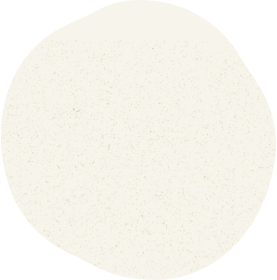