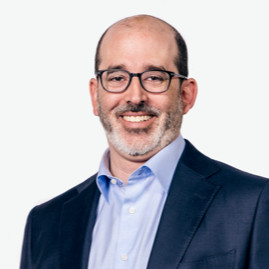 Joe Goldman is the President of the Democracy Fund, an independent foundation that champions the leaders who defend American democracy and challenge our political system to be more open and just.

Joe incubated Democracy Fund for three years inside Pierre and Pam Omidyar’s philanthropic investment firm – Omidyar Network – where he was an Investment Director. He then launched Democracy Fund as a private foundation in 2014, along-side Democracy Fund Voice, a sister 501c4 organization for which he also serves as president. Since its inception, Democracy Fund has invested more than $150 million to support organizations that are working to create a more vibrant and diverse public square, free and fair elections, effective and accountable government, and a just and inclusive society.