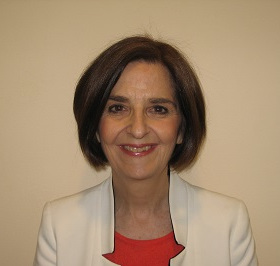 Jean P. Bordewich has been a program officer for the U.S. Democracy Program of The William and Flora Hewlett Foundation since 2014. She joined Hewlett after 20 years on Capitol Hill, including serving as staff director for the Senate Committee on Rules and Administration, where she worked on elections, campaign finance, and Senate administration, procedures and technology. She also led planning for the 2013 Obama inaugural ceremonies. Earlier Jean served as an elected town council member and two-time delegate to presidential nominating conventions, candidate for Congress, U.S. House chief of staff, journalist and business executive. She is a graduate of Brown University (BA) and The George Washington University (MBA); she also attended Guilford College. Her plays about politics and history have premiered at the Capital Fringe Festival and been featured in readings in Washington, DC.