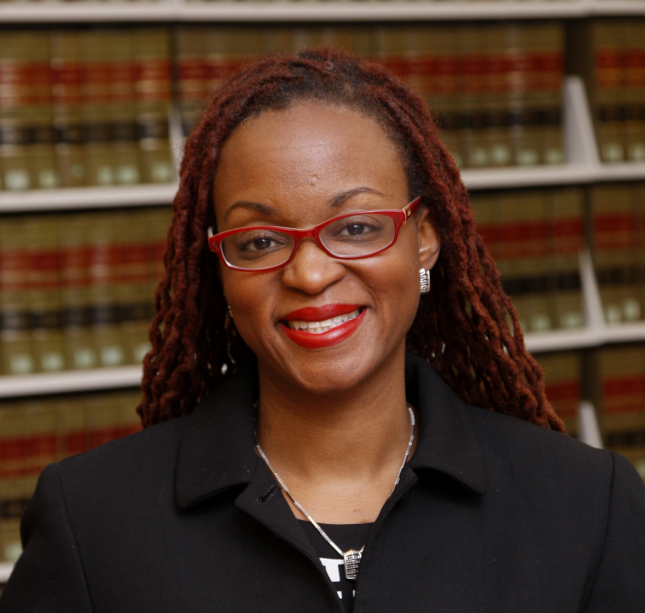 Professor Jamila Jefferson-Jones writes about the property rights of communities and groups on the margins of society. In line with her interest in property rights on the margins of society, she uses critical race methodologies to interrogate the ways in which members of favored racialized groups seek to exclude racial and ethnic minorities from public and private spaces, including through the use of or threat of police action to enforce both the racial segregation of space and racist notions of supremacy. Her recent article on this subject, #LivingWhileBlack: Blackness As Nuisance, was published in the American University Law Review and featured in the New York Times. In addition to this work, Professor Jefferson-Jones has written a number of law review articles and book chapters on the sharing economy and is a recognized expert on the housing segment of the sharing economy, particularly on discrimination in that sector. She has also studied the property rights of those with ex-offender status to reveal the intersection of property and criminal justice theory.

Professor Jefferson-Jones’ academic career has been marked by a commitment to diversity, equity and inclusion. She recently served a two-year term as a member of the Association of American Law Schools (AALS) Standing Committee on Recruitment and Retention of Minority Law Teachers and Students. She has also chaired and served on law faculty and university-wide diversity, equity and inclusion committees in addition to serving as the faculty advisor to the Black Law Students Association.

Professor Jefferson- Jones is on the faculty of the Wayne State University School of Law this fall where she also serves as the Associate Director for Property, Equity and Justice at the Damon J. Keith Center for Civil Rights. She teaches courses in Property, Real Estate Transactions, Fair Housing, and Entrepreneurial Urban Development. She formerly served on the law faculty of the University of Missouri Kansas City (UMKC) and as the Interim Director of the Black Studies Department in the UMKC College of Arts and Sciences.

Professor Jefferson-Jones is the 2021 recipient of the Jefferson B. Fordham Advocacy Award. The Jefferson B. Fordham award is the highest award presented by the State and Local Government Section of the American Bar Association. The advocacy award is presented in recognition of outstanding legal advocacy within the area of state, local, regional and tribal government law and celebrates excellence in advocacy, both written and otherwise.

Jamila Jefferson-Jones is a graduate of Harvard Law School and Harvard College. Prior to entering academia, she practiced law for over a decade at firms in the District of Columbia and in her hometown of New Orleans.