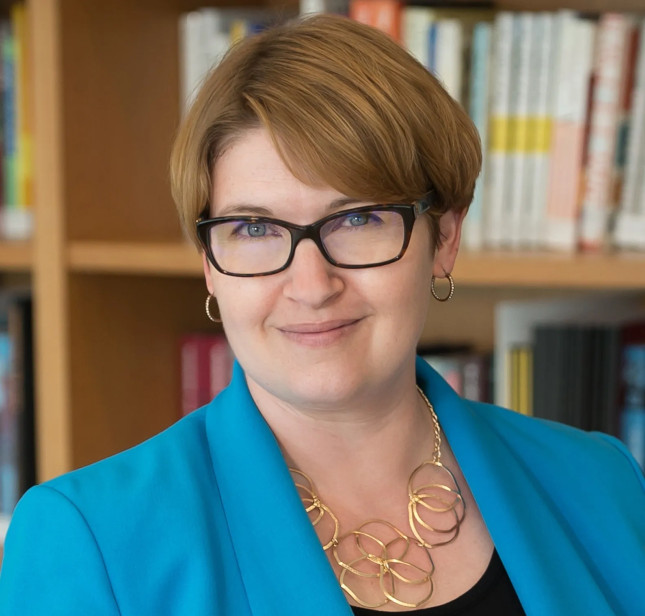 Carrie leads the Foundation’s work to protect and improve voting rights, voter access, and best practices in election administration. She oversees our support for fair representation and redistricting, and Census engagement programs across the Great Lakes region.

Carrie also serves on the board of Forefront, Illinois’ state philanthropy and nonprofit association, and previously served on the steering committee of the “2020 Illinois Count Me In” statewide census coalition.

Prior to joining the Foundation, Carrie served as executive director of the League of Women Voters of Ohio from 2012-2017, where she led the League’s state advocacy and public engagement programs with a special focus on voters’ rights and redistricting.

Carrie was one of the co-leaders of Fair Districts Ohio, which led a good government campaign for successful passage of the 2015 state redistricting reform ballot issue. In 2017 the coalition launched a citizen initiative campaign to reform congressional districting, which eventually led the state Legislature to negotiate a bipartisan reform plan that was approved by voters in May 2018. Carrie also served on the steering committee of Ohio Voice, the local affiliate of State Voices.

From 2003-2012, Carrie was staff counsel for the American Civil Liberties Union of Ohio, where she litigated and lobbied on a variety of issues including voting rights, free speech, criminal justice, racial justice, LGBT rights, reproductive freedom, and government accountability.

Carrie holds a Bachelor of Arts in Philosophy with a concentration in Public Policy and Public Service from Albion College, as well as a law degree from Case Western Reserve University.